Happy New Year! Even though it was too quiet around this blog, it was for good reason. The month of December found me knitting and sewing furiously, as I needed new mitts and a new dress so that I could do this [on Christmas Eve]…!

These photos were taken by the wonderful Aram of Aram O Photography.  I probably owe you some more detail photos, but obviously taking photos for my BLOG was not exactly what he was aiming for [update: I figured out how to crop some more photos on my tablet].

My dress is the Elisalex from By Hand London and my mitts are Spate by Jane Richmond, in Journey. There was a hat too but I didn’t wear it and I’m not crazy about it. Maybe a later post.

I LOVE this dress pattern and will definitely make the sleeveless version. I actually made a real, live muslin and it was super helpful – I ended up slimming and lengthening the sleeves. Because of the high waist, I cut the same size for the top and bottom (usually I go a size up on the bottom). I ended up taking in the seams at the roundest part of the tulip because it was sort of collapsing on itself anyways. Too much tulip to hold itself up. You can’t tell from these pics but the fabric is actually black polka dot. I used interfacing on the skirt to hold the structure (after seeing this idea from Heather Lou who I SWEAR I wasn’t trying to rip off her [polka dot] dress AGAIN I bought this fabric, then saw her dress, OK for the second time, so maybe it was in my subconscious). 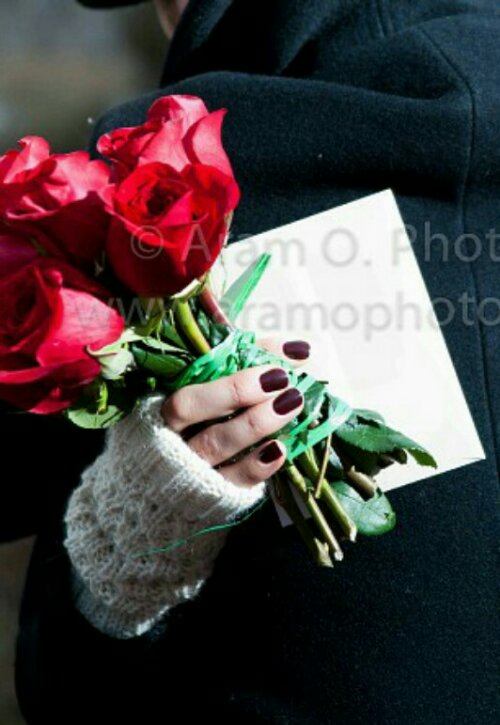 The mitts are a great pattern but I wish I had bought a yarn without alpaca – I used Juniper Moon Herriot and the fluffy alpaca didn’t give the stitch as much structure as it should for this awesome stitch pattern. I also wish I didn’t make them quite so long – in theory long mitts are super cool but in reality it just means they bunch up a lot. 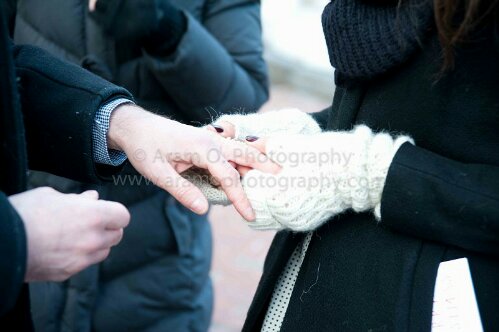 I am really eager to sew and knit more but I have a major blogging problem – after my laptop died a year ago, I had to revert to my eight year old laptop, which apparently lost the ability to go on the internet a few weeks ago. Coincidentally, this occurred after I dropped it. Anyways, I have no way to get photos to the internet anymore (my tablet doesn’t have a USB) which is why I could only use the above photos that were already on the internet. I am bummed and not sure what I will do and when I will blog again. Boo.