Did you know I knit?

Apparently I almost forgot – it’s been a while… but I’ve had the idea for these mitts in my head for a couple years now.  In fact, I bought the yarn for them last September in Portland, OR at Happy Knits. 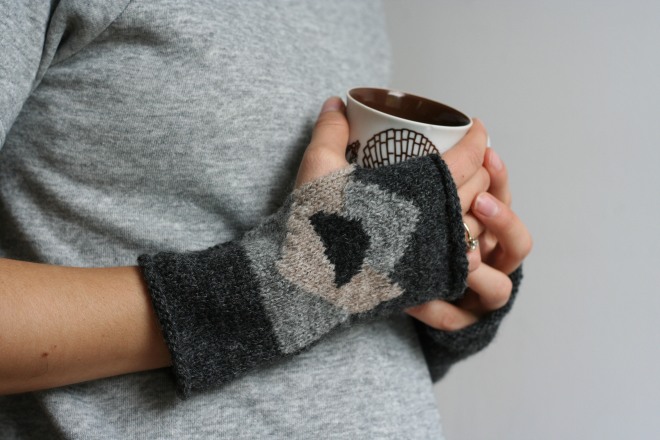 I love geometric patterns but I have no idea where this came from – I think one of those things that just pops! into your head.  I sketched it out on graph paper and test-swatched it several times – I like them overall, but as a functional knit project they’re a little tricky when you have 3-4 yarns going at the same time.

My other complaint is that I don’t think the yarn colors provide enough contrast.  Don’t use neutrals, right?  Yes, I know, but I love neutrals.  However, the gray and beige seem too close in tone – although in bright light it’s not too bad.

These are knit flat and seamed up the side with a hole for the thumb and the yarn is Jamieson’s Shetland Spindrift.  I had sort of hoped these would be something I could write up and sell a pattern of, but they are a little crazy in the middle there to knit, like I said, and my knits have never drawn as much interest as sewing, so I don’t know if anyone would be interested.  Either way, I think they will get some fall use out of me, but winter might be too cold. 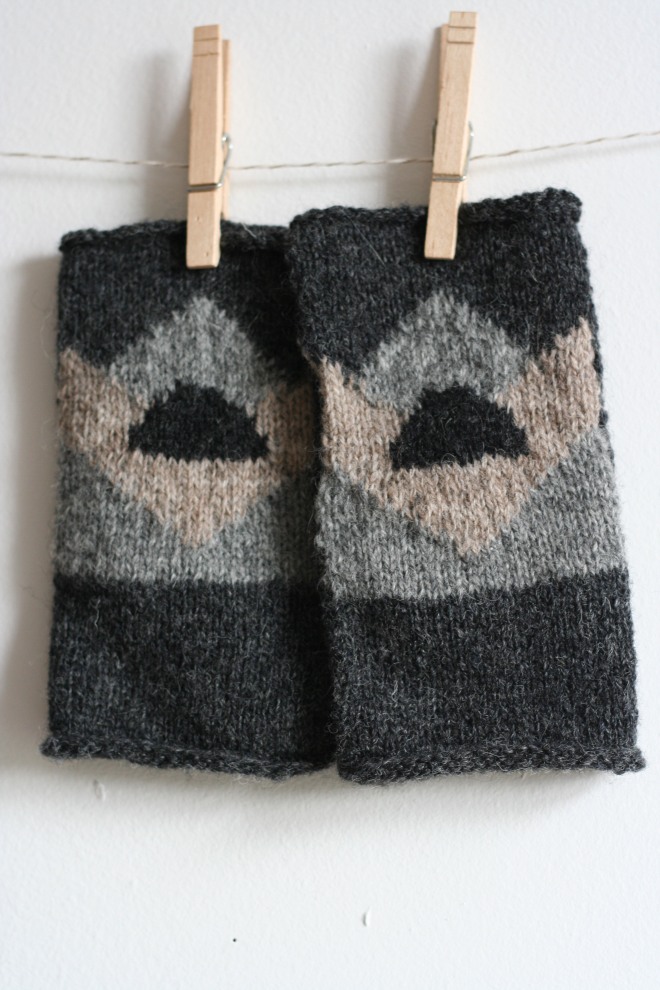 p.s.  It probably won’t be up much longer, but look whose Belladone is up on the main banner on Kollabora (hang in there, it’s like 4th or 5th on the slide show)!!  I forgot to mention that they had my polymer beads up there recently too, AND on their blog they have posted both my Lakeside pajamas AND my Bombshell.  Kollabora, I sure do love you!